On the eighth day of Christmas an author gave to me... 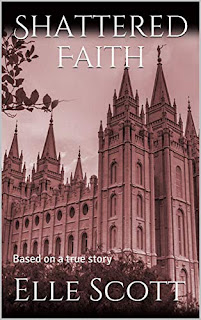 You never know the strength of your faith, until it is tested.

When Elle Scott’s life crumbled around her, she thought God had abandoned her, His perceived silence resulted in a total loss of her faith and hope
and left her near suicide, until, she learned the reason God fell silent and the expectations He held for her.

Sentenced to nearly four years in a Federal Prison for a crime she did not commit destroyed every belief she held true. Her young children left in dire conditions, her life in ruins, and her Heavenly Father nowhere to be found.

This is a true story of courage, inspiration, redemption and restored faith.

To purchase click the title or the link below.

Brought to you by Melanie Mason Author at 8:00 AM