Up For a Little Romance? 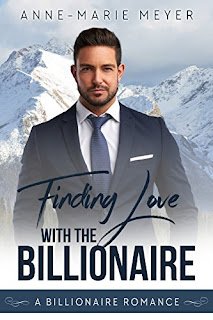 I had the opportunity to read another sweet, clean romance by Author Anne-Marie Meyer.

Can a billionaire and a journalist find love in the Alaskan wilderness?
Journalist, Madeline Abernathy, is desperate to finally be taken seriously by her boss. When he calls her in on a Saturday night, she’s hopelessly optimistic that this is her big break. That is, until she finds herself face to face with Liam, the billionaire party boy, who’s been dominating the newsstands all month. Now she finds herself committed to writing a puff piece on him which is the last thing she wanted to do.
Liam Davenport just wanted to live a quiet life roaming around the world. When his father dies, leaving him CEO of Davenport Outdoors, he is forced to trade in his hiking boots for tailored suits. When criminal activity involving his late father comes to light, his PR director thinks it’s best to hire a journalist to document the good they are doing. Too bad Madeline acts as if she already knows everything about him and refuses to do any research.
Just when Liam and Madeline determine that they can’t stand each other, a flock of birds take out both engines of Liam’s private plane, forcing him to land in the Alaskan mountains. Stranded, both must decide to either put down their pride and survive together, or keep their prejudices and struggle alone.

This was a delightful little romance. It's short enough to read in one sitting, and interesting enough to keep your attention. The story is woven full of exciting events that almost make me want to be stuck in the Alaskan wilderness with a handsome billionaire to guide me out.

I liked how the characters both had their personal flaws as well as their prejudices against the other. They each have a negative opinion of reporters and billionaires. It was refreshing to see how the events changed their perspective, but not just the things that occurred but the heartfelt conversations they had.

I do wish we'd learned more about Liam and his personal struggles with his father and his background. We learned a lot about Madeline, but not so much about Liam.

Overall it was a great read that gave my morning a cozy feel. Check it out here.

For more of Anne-Marie Meyer's Clean, Billionaire romances check out her Amazon page.
Brought to you by Melanie Mason Author at 2:42 PM No comments: 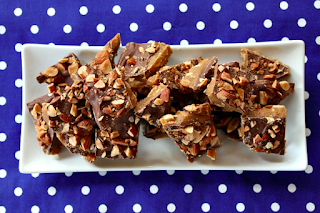 So simple and delicious, but it can be a little tricky. Please read all of the comments and tips before attempting your first batch! We've been making this recipes for years for the holidays and we love it!

Directions
1.  Butter a 7x11-inch pan (or 9x12 for slightly thinner roca). Sprinkle 1 cup of toasted almonds on bottom of the pan.
2  In heavy saucepan at medium-high heat melt butter and add brown sugar. Stir until gently boiling. Reduce heat to medium or medium-low and boil 12 minutes exactly, stirring constantly. *Edited to add* I made mine without a candy thermometer with success, but since some readers have noted having trouble with this recipe- you might wish to stick and instant read thermometer in there just to make sure it's about the right temperature. Pull it off the heat when it has reached the hard-crack stage (300 degrees F)- or when the mixture starts to separate (the oil starts to separate from the sugar). If it gets higher than 320, it will not remain solid.
3. Remove the mixture from heat, give it a good stir to mix up that butter and sugar one more time, and immediately pour hot mixture into pan over almonds. (see *Tips below) Place chocolate bars on top. Let them sit a minute or so until melted, then spread chocolate around carefully. Sprinkle with remaining toasted almonds and gently press them into the chocolate..
4.  Cool completely, and then break apart into chunks with sharp knife. Store in covered container
Brought to you by Melanie Mason Author at 6:29 PM No comments:

Just one more reminder for the online launch party for Storm Child.
Join us on Facebook from 7-9pm MST for a chance to win some awesome prizes and spend some time chatting with me about Storm Child.

Click here for more information.
Brought to you by Melanie Mason Author at 12:47 PM No comments:

And the Paperback book is out 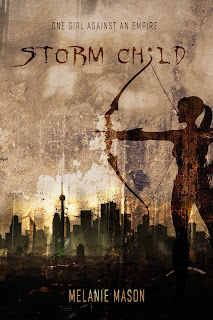 Yay!!! The paperback is ready for purchase!!!
You can find it on Amazon!!!

So, so, so very excited for this. Can't believe it. Yay!!!
Brought to you by Melanie Mason Author at 1:00 PM No comments:

Check out the link to join in the fun. There will be chances to win awesome prizes.

Book Release Party
Brought to you by Melanie Mason Author at 8:54 AM No comments:
Newer Posts Older Posts Home
Subscribe to: Posts (Atom)